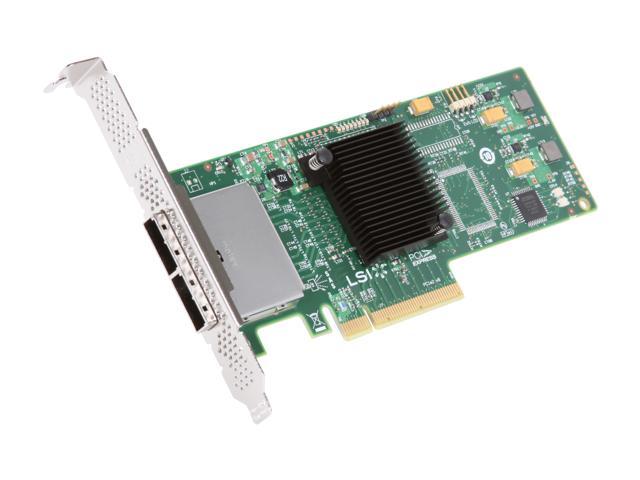 I can't really find much one way or the other for the EXP So that got me wondering whether I might have a counterfeit card? I bought off amazon. The card came in plain plastic with no box or papers, so it might have simply been one of a bulk pack, or it might be more sinister. I'm done writing now. I'll put my flame-suit on and see what comes back! Regards Michael.

Ericloewe Not-very-passive-but-aggressive Moderator. Feb 16, Joined Feb 15, Messages 16, Thanks 3, What is the firmware version on the card? You want P Hey Eric, Good question -- I forgot to include that information. The card came with P16 loaded and I did flash it up to P20 in my testing. Second, what kind of information should I be gathering for the bug report, and how can I capture the information needed if I can't actually get the system to boot does the failed boot actually log any info somewhere? EDIT -- added sas2flash output: Code:.

Last edited: Feb 16, Before filing a bug report, check with LSI support to see if they can identify your card as genuine. Well -- Joseph at LSI was nice to chat with. He verified this is a known good board from their supply chain, but originally shipped September , so warranty expired already. I wasn't expecting warranty, so that's cool.

I guess I should muddle through that process and see if that helps. Will be useful. Any other next steps? Here's the dmesg output with the DAS turned off. You can see the virtual drive recognized as mpt0 and the as mps0: Code:. That was fast.

You can see the virtual drive recognized as mpt0 and the as mps Ericloewe said:. Wait, it works unless you attach the external drives? What happens if you hot-plug the thing?


Any chance there's a firmware update for the expander in the thing? Hey folks, Sorry for taking a while to reply. I'm not sure how to capture the text, though -- it scrolled by on the VMRC app so quickly.

It appeared to be a whole bunch of tracebacks, followed by a reboot. Then it went through the same boot up procedure I described earlier -- it got to the point where it started doing some SCSI probes, and after three probe attempts, I got a Fatal trap I'll try to upload the screenshot of the trap here.

Upload File? Haven't used this interface before. Did i get that right? So -- any suggestions on how I can capture the console output as text? Thanks for any guidance. Sorry for being such a n00b here. Screen Shot at Feb 22, Two steps forward, two steps backward. I identified the EXP firmware update on the IBM support website, but after registering, creating a device inventory and signing multiple agreements their tool simply won't let me download the file without a support contract!

And as far as I can tell, there is no way to query the current firmware revision loaded on the EXP, so I don't even know if I'm up to date. Makes me very tempted to replace this with the similar slightly newer Lenovo SA At least I know lenovo will let me download firmware without a support contract! So -- I have not upgraded the firmware, and I do not know the current firmware revision.

I also spent a bunch of time trying to capture the console output on the FreeNAS vm. Anyone know how I can make permanent changes to the syslog-ng configuration? I also tried setting up a serial port copied to a file under vmware. Any suggestions on that one? Well -- I spent a few hours doing careful troubleshooting tonight, and I've made significant progress in understanding this. This might be long, but I'll try to summarize as best I can. First, I moved off the x M3 and put the e card into an x4 slot in my TS server. It booted fine with the card installed, but no connection to the exp Then, when I attached the enclosure, I'd get the same behavior.

I decided to switch to ESXi, though, and I haven't rebooted back into bare-metal, so I can't post that file just yet. Mar 2, Definitely add that information to the bug report, it may help the devs figure out the problem. What has changed? I am clueless. The Extensions folder has not changed. Clover Kexts folder can be reverted to the one LSI showed up with.

If not, I can also use Linux Ubuntu? This computer run also OS-X Hello, I am setting up a raid array in my mac pro using a dell h raid card. I have done some custom mods within mac os before, but none within Xcode. This is unfamiliar territory for me and I am wondering if anyone could give me a rough step by step on hour to install the drivers. I have installed the. I know this probably sounds dumb, but if anyone could help it would be greatly appreciated.

System does not boot beyond this point. Any idea of what is happening? Update: Tried to boot from the installation USB again. Same behavior - looks like if file system is present on this drive and system tries to mount it it just goes into indefinite loop of the operations and it never stops. You need to be a member in order to leave a comment. Sign up for a new account in our community. It's easy! Already have an account? Sign in here.

Installing the LSI SAS controller in a Desktop